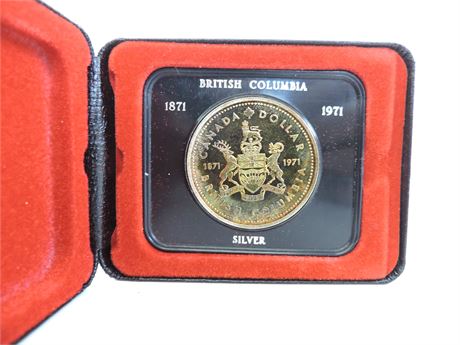 Issued by the Royal Canadian Mint, this silver dollar coin commemorates British Columbia's centennial celebration, making a wonderful keepsake of Canada's rich history. Whether you're a seasoned collector or just starting out, this coin is definitely something you won't want to miss out on.

Condition: Coin shows little to no major signs of dirt or wear and shows tarnishing from oxidization. Again note that this coin has NOT been professionally graded or appraised.

Payment Instructions
Items are required to be paid in 7 days.... For items being Shipped, credit card payments can be processed through Paypal at Checkout........Payment for items being picked up can be made in advance online by e-Transfer to [email protected] or in person.