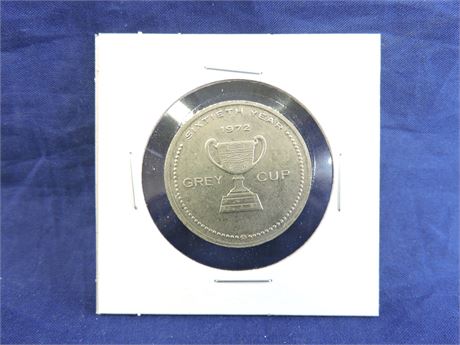 This great token coin commemorates the 60th year anniversary of the Grey Cup back in 1972 which makes it a great keepsake for both the football fans and coin collectors alike. Whether you're a seasoned collector or just starting out, this coin is definitely something you won't want to miss out on.

Condition: Coin appears to be in circulated condition and shows signs of light dirt and some wear on the edges. Again note that this coin has NOT been professionally graded or appraised.