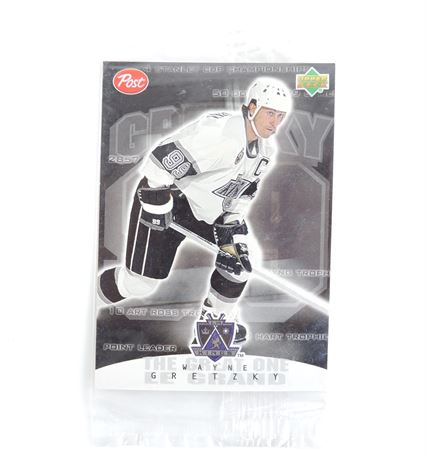 On January 6, 1993 Wayne Gretzky returns to the LA Kings lineup for his 1000th NHL game after a serious back injury had questioned his ability to every play again. Back in full force, Gretzky assists on two LA Kings goals that night. Whether you're a long time card collector, just beginning or looking to start collecting, then this is a great chance to take part in a timeless hobby.

Condition: Card appears to be in good condition and sealed in clear original plastic wrap. Card shows no apparent major signs of dirt or wear and look to have been well cared for. Please note that the card has not been professionally graded or appraised.